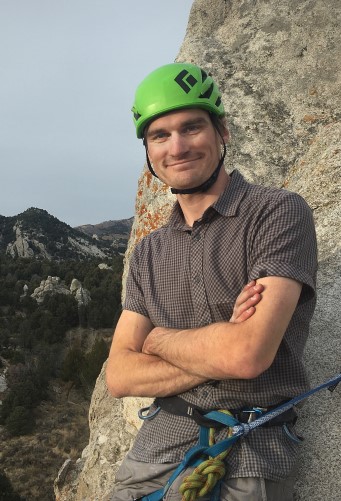 A native of Oregon, Chris began spending time in the cascades skiing and climbing early in his childhood. His formative years included many exploits in the mountains, including volcano summits, backpacking much of the Oregon PCT, ski racing at a national level, and bike-packing the coast of British Columbia. Chris later moved to Montana to pursue an education and explore the Rockies. Across over a decade in Montana, Chris graduated Montana State University with a degree in Photography and digital media, as well as developed a love for ice climbing, rock climbing, backcountry skiing, and alpine climbing.

Chris now calls Jackson Hole home and spends much of his winter skiing the backcountry shangri-la of the Teton Mountains. In the summer he can be found alpine and rock climbing in the Pacific Northwest, Tetons, and Northern Rockies. He has even been rumored to spend the occasional month biking and climbing in the Utah Desert.

Chris guides and instructs full time year round in the Ski, Alpine, Rock, Ice and Expedition disciplines across the Western US and S America. He enjoys guiding due to the opportunity to share the environments, experiences, and friendship of the mountains with many diverse people.