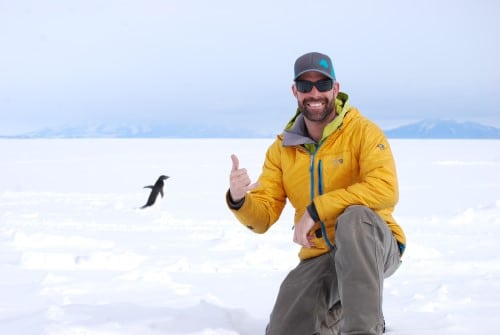 Dennis was born and raised in New Zealand. After moving to the US in 2011, he now calls Marblemount WA home. He enjoys the variety of work at Alpine Ascents, guiding summit climbs, and teaching courses in the summer season. In the winter, Dennis works as a Field Safety Coordinator for the US Antarctic Program at McMurdo Station and acts as a team leader on the USAP SAR team.

Beginning his fascination with the mountains at age eight, he first caught the ‘mountain bug’ on a multi-day trip to the volcanoes in the central North Island. After high school, Dennis spent four years studying to be an outdoor instructor/guide and also became a certified Scuba Instructor. He has guided and climbed extensively in New Zealand, Australia, Spain, Alaska, Canada, Patagonia, and the Washington Cascades. Dennis has a passion for life in the mountains, and loves to share this enthusiasm with others.

If you could only take one album on an expedition?
Based on a true story – Fat Freddy’s Drop

What was your first mountain? When did you climb it? Who were you with?
Mt Ruapehu, 7 years old, School class expedition