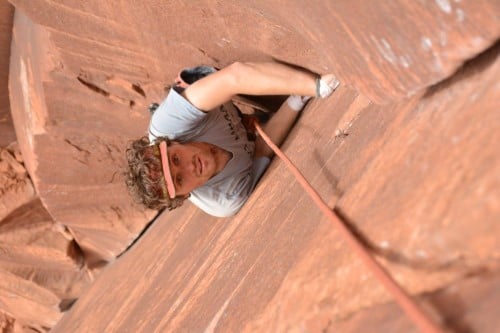 Dom grew up fly-fishing in rural Western NY and was introduced to climbing while attending school at Paul Smith’s College in the Adirondack Mountains. The changing seasons and cold winters of the Northeast helped him foster a love for all forms of climbing, from bouldering to ice climbing to splitboard mountaineering. His love of climbing soon led him out west to Estes Park, Colorado where he spent several summers building trails in-between semesters, teaching environmental education and eventually working as a guide. Dom has a deep respect for the guides and mentors that helped show him the way when he was a budding climber, which led him to pursue a path in guiding for himself. He thoroughly enjoys sharing the outdoors with others and teaching them the skills they need to be safe and successful in the mountains. Today Dom calls Bend, Oregon home where he and his girlfriend enjoy snowboarding around the Oregon Cascades and climbing the more secluded routes at Smith Rock, preferably doing both of those in the same day.

Climbing with Alpine Ascents under the guiding / leadership of Don and Sarah Carpenter was up there with the best expeditions that I have been on. Their professionalism  and easy-going personalities made it interesting and fun. A great adventure and learning experience.