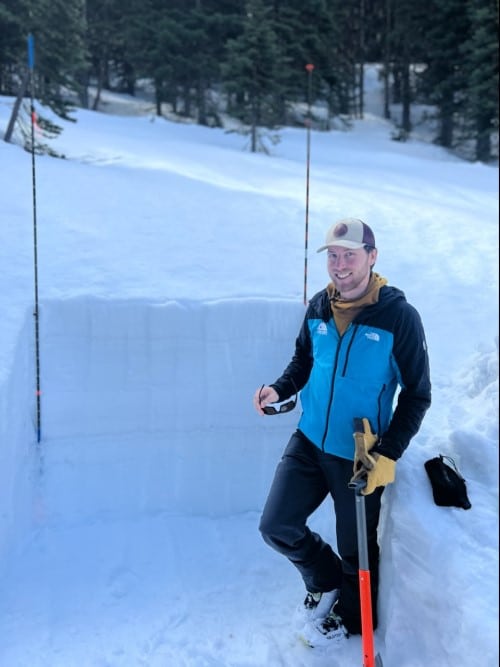 Erick grew up in the Front Range of Colorado and was first introduced to the mountains as a two year old careening down the ski slopes of the Rockies. His love for the mountains was discovered while attending college at Colorado State University where he led backcountry skiing and rock climbing trips. Erick is grateful for the skilled and passionate mentors he has had the fortune of befriending in the outdoors and he hopes to carry this on to other avid adventurists. He is ecstatic at the thought of the crisp granite and glaciated spectacles that embody the Washington Cascades, a place he now calls home. When not guiding or rock climbing you can find Erick at Crystal Mountain where he patrols or delving into new hobbies and interests such as: yoga, cooking, dancing, surfing, or laying on a beach doing absolutely nothing.

If you could only take one album on an expedition?
Based on a True Story – Fat Freddy’s Drop

In another life, I’d…
live in a hut on the beach in 1980s Nicaragua and surf everyday

One piece of advice for aspiring mountaineers?
Just get out and have fun – do it for yourself.

I can’t say enough about how professional and organized Alpine Ascents and their staff operate. From the moment we showed up at your Talkeetna office I could tell that Alpine Ascents was top notch.