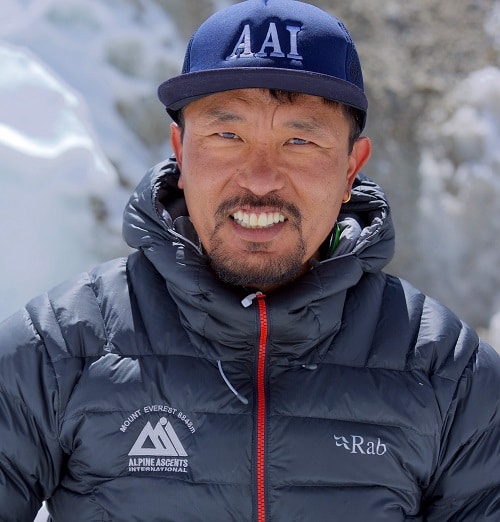 Jangbu Sherpa has climbing in his blood. He has lived most of his life in Nepal surrounded by the majestic Himalayan Mountains. He has been guiding for 12 years, leading countless treks and climbing trips with Australian and European clients. Jangbu was fortunate enough to stand on the top of the world on the summit of Mt. Everest in 2011, 2017 and 2018. He has also led two successful expeditions on Ama Dablam in 2009 & 2011. Jangbu came to the United States in 2012 and was certified as a Wilderness First Responder. At the beginning of 2013, he also finished his certification as an International Mountain Guide. Jangbu is very proud to have been a part of only the third class in Nepal to finish this rigorous program. He is also an experienced canyoneer and was part of an expedition that opened the highest canyoneering route in the world in Naar Phu, Nepal. When he is not in the mountains (which is always his first choice!), Jangbu enjoys trail running, gardening, and keeping in touch with his family and friends on Skype.

Vern did an outstanding job with our team. I learned a tremendous amount regarding mountaineering. It was one take away after another. Far and away it was my favorite group and a truly memorable climb. I would recommend it to all!