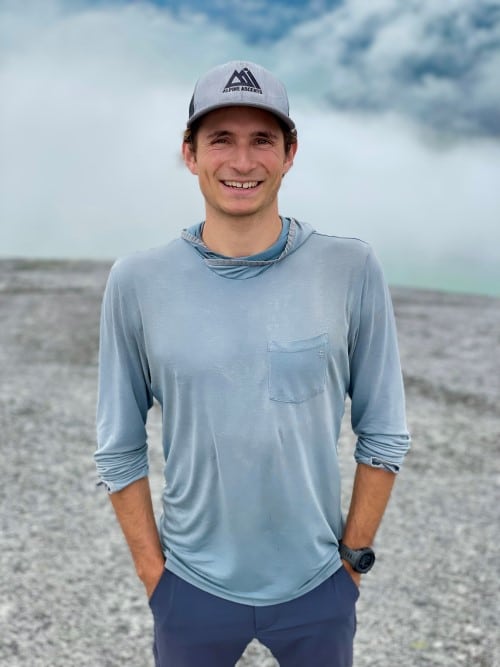 Nate has over 5 years of guiding experience in the Cascades and beyond. He grew up in the Seattle area and was introduced to skiing and climbing at a young age. A passion for moving in steep terrain has taken him to mountain objectives around the world, including alpine rock climbs in the Bugaboos, a ski descent of Denali, and guiding an expedition on Aconcagua. When he’s not packing or unpacking for the next trip, Nate enjoys trail running and replacing lost calories with pints of Ben & Jerry’s. Once the snow flies, he swaps crampons for skis and works as a Pro Ski Patroller at Crystal Mountain. Nate has a BA in Environmental Studies from Yale, where he competed in Division I track and cross-country.

Guilty Pleasure
Accidentally finishing a pint of Ben N Jerry’s in one sitting.

In another life I’d…
I’d love to reincarnate as a Spinner Dolphin.

Most people don’t know that…
I introduce myself as Nate these days, but I went by “Spike” (and still do!) for over a decade growing up.

US Coast Guard Public Service Award for his part in a mountain rescue on Mt. Rainier in August, 2020