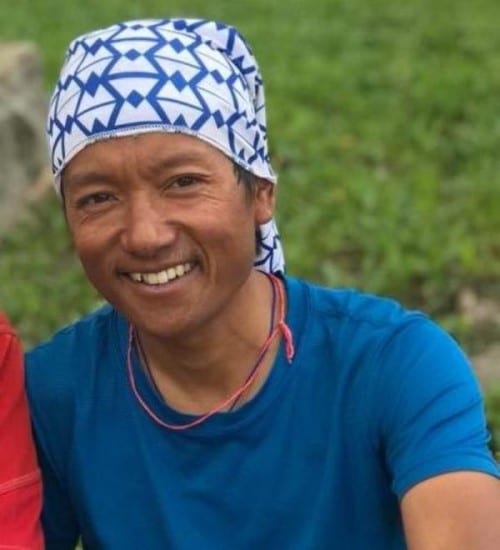 Sanjeev Rai was born and raised in a small village called Aloo Bari in Darjeeling (a village of trekkers and mountaineers). As a kid, his curiosity towards trekking grew as he saw people carrying huge rucksacks and hiking into the hills. He was further intrigued after hearing stories from trekkers and climbers describing the beautiful mountains. His uncle gave him an opportunity to go on a trek during his school holidays and he fell in love with the mountains right away. He worked almost 6 years as an assistant cook during his school and college holidays. After he completed his education, it was a natural progression for him to become a full time mountain guide. In his formative years, he was mostly guiding in areas around Sikkim & Darjeeling but now leads trips to all corners of the Himalayas. He has recently been bitten by the climbing bug and has led successful trips on Stok Kangri, Kangyatse, Mera Peak , Spagnak Ri and Kilimanjaro. He is a keen interest in the Himalayan flora & fauna and is an avid photographer as well.