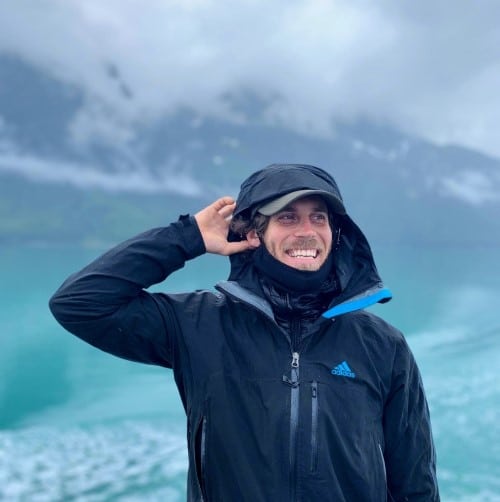 Born and raised in the Sunshine State (Florida), Todd grew up climbing trees not mountains. After graduating high school, Todd joined the service as a United States Marine, deploying twice to Afghanistan in support of Operation Enduring Freedom. After four years in the military, Todd traveled the world, visiting 3 continents and 19 countries. A trip to Switzerland sparked a passion for alpine climbing, motivating Todd to pursue a complete shift in his direction and lifestyle. He moved to the PNW and began climbing in the mountain ranges of the region while taking outdoor education and climbing courses. Currently, Todd spends his summers climbing in Washington and winters on the slopes of Mammoth Mountain in California. His passions include: the great outdoors, paragliding, snowboarding, hiking and climbing.

If you could only take one album on an expedition…
99.9% by Kaytranada

Dream rope team / climbing partner for your dream climb?
Right up the nose of El Cap with Jimmy Chin. Who else is gonna make me look so cool?