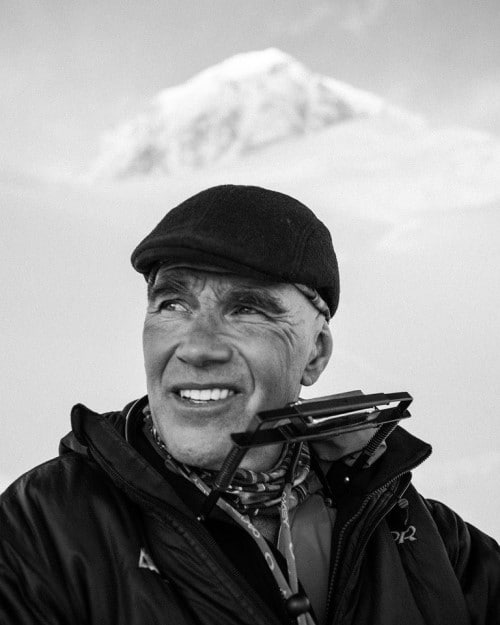 Vern is known for Denali’s first solo winter ascent, the first solo of Mt. Vinson (Antarctica’s highest), first winter ascent of Mt. Logan (Canada’s highest) and as lead guide for Col. Norman Vaughan’s first ascent of Mt. Vaughan in remote Antarctica. In 2000, Vern was named one of Alaska’s top 50 Athletes of the Century by Sports Illustrated and in 2012 was inducted into the Alaska Sports Hall of Fame. In addition to his fame in the extreme environments of Alaska, Greenland and Antarctica, Vernon’s success in guiding people to the summit is simply remarkable. Along with guiding numerous high altitude expeditions, Vern is a ten time summiteer of Everest and an avid adventure racer finishing 10th in 1999 and 13th in 2001 in the Eco-Challenge Race. Vern’s guided ascents are an extremely unique blend of his dynamic spirit, climbing expertise and guiding savvy, known throughout the guiding community. Recently Vern had outstanding success Mt. Vinson, Last Degree-South Pole, Denali, Elbrus (Europe’s highest) and has guided many of our Everest expeditions this century.  He has guided Vinson more than anyone. Notable among his accomplishments on the Seven Summits, Vern climbed and guided all 7 in 134 days (the current speed record), he has climbed all 7 at least 10 times. He also completed all 7 twice within one year. Vern is also the only person in the world to have completed “The Seventy Summits,” and first to guide Seven Summits and North and South Poles. With a guitar in hand and a smile on his face, Vernon treats everyone to the remarkable experience of life. [Click for Interview with Vern.]

High quality guiding and logistics across the board. I love AAI trips, you all run a first-class organization all the way around!