Following our climb, we begin a four-day safari to the spectacular game parks of Tanzania. Throughout the safari, we lodge in luxurious hotels and travel by Land Cruiser across the Great Rift Valley, following wildebeests, lions and other indigenous wildlife. See safari slideshow below.

The safari was top notch – the lodge in Serengeti- Ole Serai Luxury Camp Turner Spring was incredible and I would highly recommend it.
Thank you for providing an incredible experience. We are already planning our next trip with Alpine! -2022 Climber 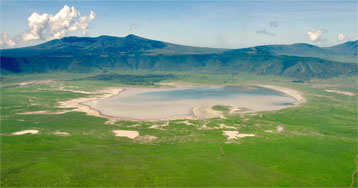 The largest intact crater in the world and second largest extinct crater in the world, the area around Ngorongoro Crater has a spectacular concentration of wildlife. Ngorongoro was an active volcano some 8 million years ago whose cone collapsed, leaving a crater. The crater rim is wooded with mountain forest vegetation. It is oval in shape and 20 km in diameter. It is blooming in acres of flowers like blue, pink, and white lupines; candle white lilies; blue hyacinth; and many more. The view from the crater rim is breathtaking and as you descend deep into the belly of the crater, you will encounter almost every animal species found in East Africa.

The Tarangire River and National Park 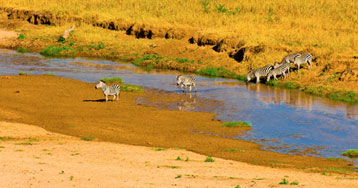 South of Lake Manyara, Tarangire is a huge wildlife retreat during the dry season. This park is scattered with baobab trees, alternating with open acacia woodland, open bush, plains, swamps, rivers, and stands of palm trees. Big game and birds are abundant, and we usually sight animals such as kongoni, wildebeest, and zebra. With any luck, safarists will also see rhino and leopard amongst a variety of gazelle, giraffe, elephant, and impala. It also has extremely rich and varied bird life. 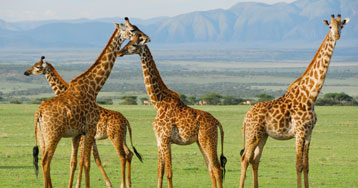 Tanzania’s signature park, Serengeti covers nearly 15,000 square miles and spans into Kenya where it connects to the Masai Mara reserve. The word Serengeti conjures images of wild African game in all its glory. The abundance of animals running at will creates an overwhelming experience and fulfills the dream of life before the “great white hunters.” The sheer mass of animals is both staggering and long-remembered.

This upgraded extension includes light aircraft flights in order to avoid long bumpy road transfers and your stays are in a luxurious tented safari camps. The first camp is set close to the rim of the Ngorongoro Crater and the second is ideally located to see The Great Migration from mid-July through November. 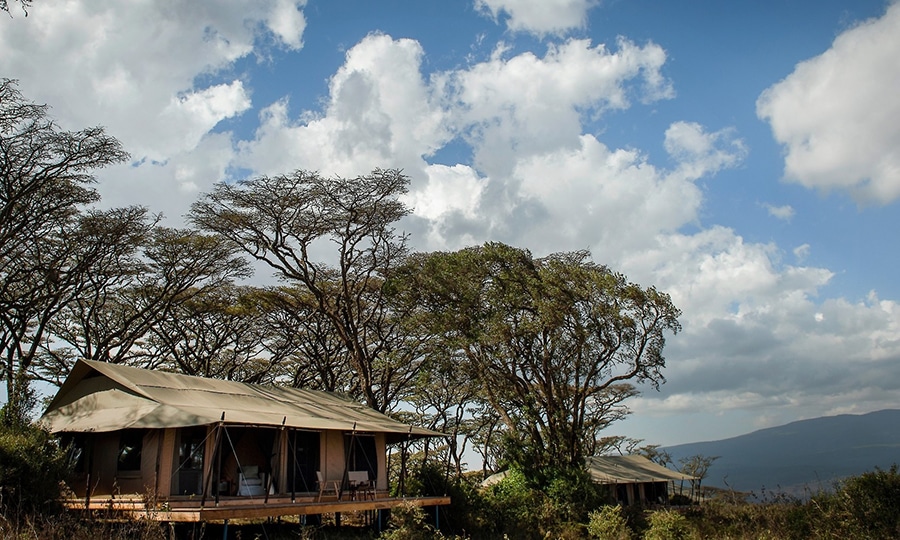 This park has been described as one of the most beautiful places in Africa. As you progress into
the park, the tall forest gives way to woodlands, then grasslands, swamps, and finally the alkaline lake itself. The bird life is prolific with over 350 species. The park is also known for its tree-climbing lions and many mammals including elephant and leopard. Named after the Maasai word emanyara, a euphorbia plant species grown into a hedge around a family homestead, Lake Manyara’s shores are often a shimmer of pink, due to the large flamingo population and was once dubbed the ‘lovliest lake in Africa’ by Ernest Hemingway. 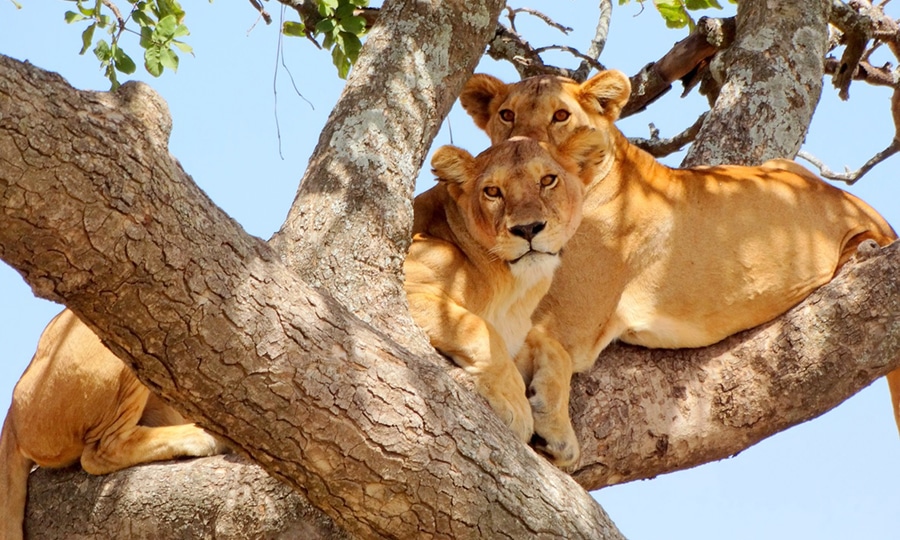 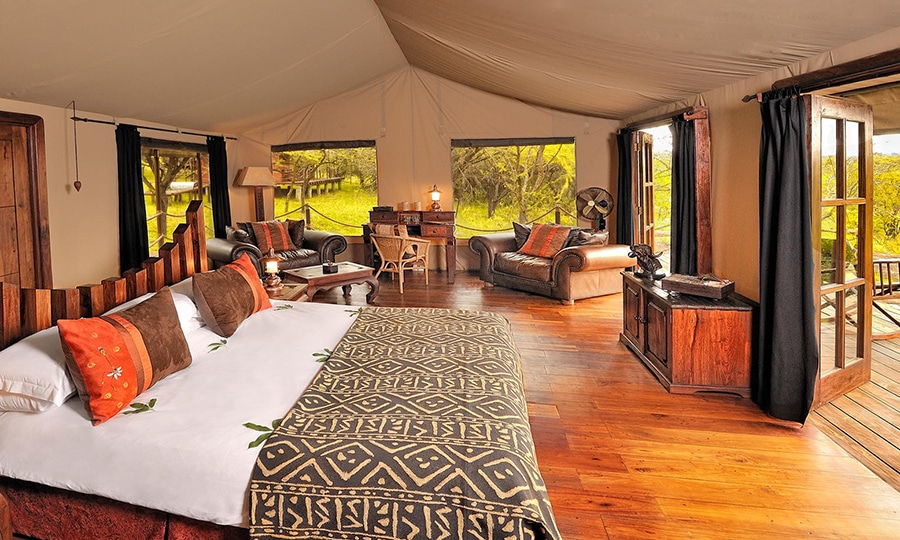 Ngorongoro Crater is the World’s largest intact volcanic caldera, a World Heritage Site and one of the World’s Seven Natural Wonders. Due to its size and diversity, the crater floor is comprised of several distinct areas, ranging from forest, swamps, lakes and springs, to open grassland and some sandy dunes. It’s an awesome wildlife experience including the famous ‘Big Five’ as well as an abundance of birdlife and possibly the best chance to see Black Rhino on your safari. Your Crater Accommodation, Entamanu Camp, is ideally located on the rim of the crater, so you can stay until the very last moment before the park closes. 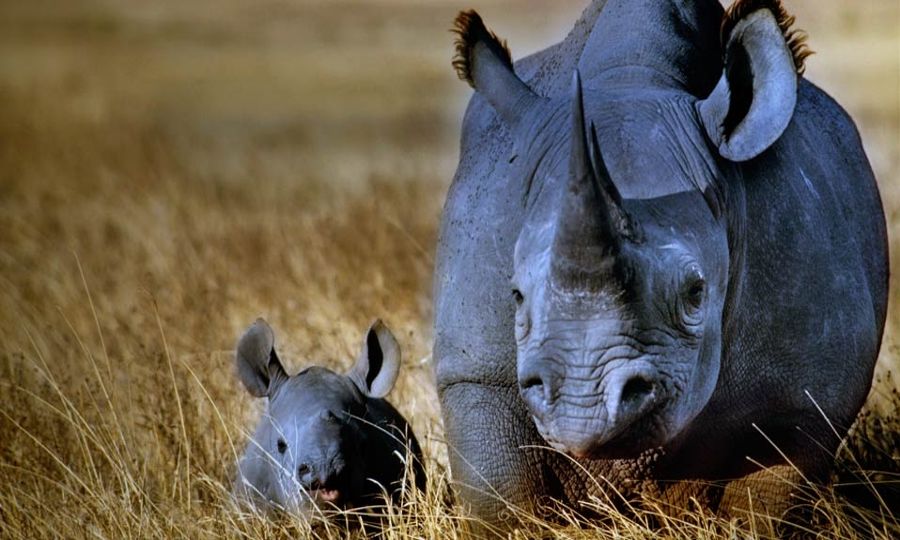 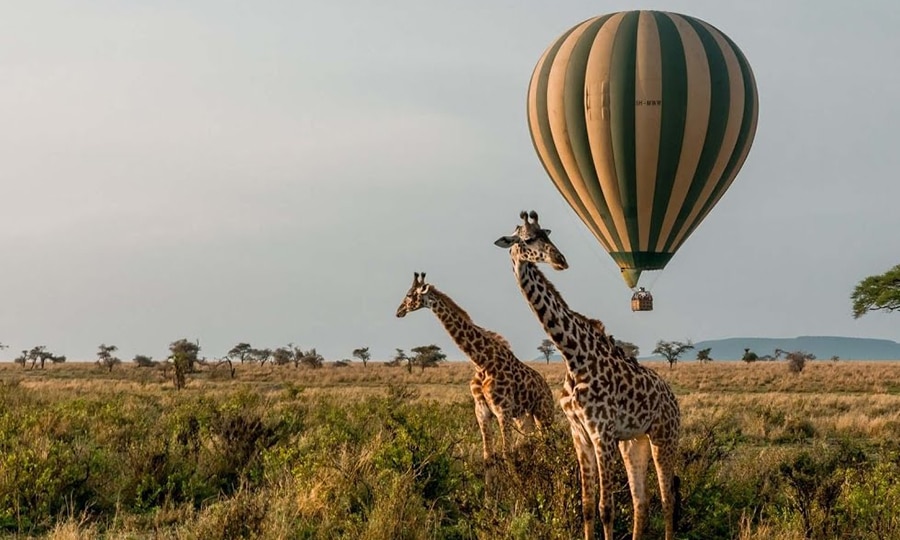 This area of lush, rolling grassland and tree-lined watercourses is the hub around which the Serengeti migration circulates. During the long dry season from mid-July through October, the herds mass on both banks of the Mara River, frequently crossing, and braving the crocodiles. The landscape is reminiscent of scenes from Out of Africa, and there is plenty of freedom to roam and explore. Away from the river, this area of rolling savannah, boulder-strewn hillsides and fig-tree groves, is littered with inconceivably enormous herds of wildebeest, topi and zebra – as well as all the predators.

Every aspect of the program was a strength, with the greatest strength being our guide. Additionally, the Tanzanian crew was incredibly kind, helpful, and seemed genuinely dedicated to our success. Having the portable bathroom at our lunch stops and overnight made the trip that much more enjoyable and felt luxurious. I can’t think of any […]