Thank you so much again for the adventure. I’ve always had a desire to travel India. So when Gordon announced an exploratory trip with trekking, I made the decision to participate.

From beginning to end it was a dream come true. Absolutely fantastic and far from your typical guided trek. The sights, sounds, people, food, and majestic landscape were truly an incredible experience. Well supported with Robin Pendry and well narrated by Gordon. Thank you Alpine Ascents !! 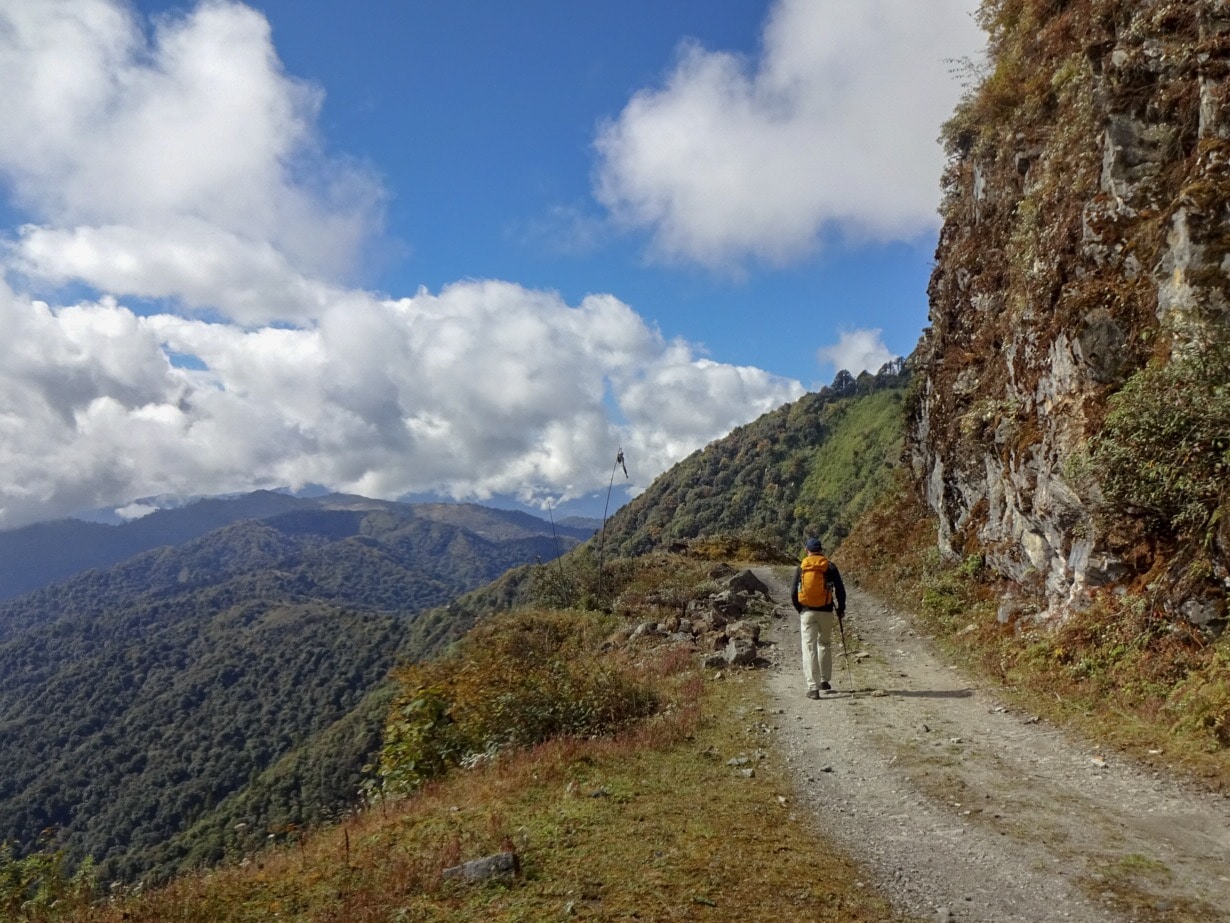 From the Guide: “While our first visit was exploratory, I’m so looking forward to returning to Arunachal. Simply put, no other place that offers this type of remote trekking and cultural insight into longstanding Buddhist mountain communities. Wow, what an incredible unique experience.”

Looking to return to Arunachal in 2022, this is a journey into a rich and little-changed Buddhist region. As we trek from village to village, we delve into a world of old “Tibet” as Arunachal has existed in uninterrupted splendor becoming governed by India in the 1960’s. Walking through Arunachal is a walk through 1950’s Tibet – stunning, remote as we visit villages with little to commerce beyond the Yak trade and agriculture. While the bigger cities ( that we access by road) will give us quality accommodation, all trekking days are in tenting in villages. Trekking days are not particularly long or arduous as this is truly a walking and cultural exploration, culminating in a visit to India’s largest (and world’s 2nd largest) monstery at Tawang. Alpine Ascents’ love for India and remote areas truly shines as we remained the only outfitter to offer this journey.

All India programs are developed by Gordon Janow our native India expert. We are one of the few agencies to offer a highly supported trek. We also access many villages by foot, keeping in line with our desire to offer a unique and remote experience.

The ‘Tawang Tract’, as it was known during the early days, was a remote unknown area until the middle of the last century. It was a thinly populated area with Monpa tribes and was known as the ‘Monyul’. For centuries Monpas travelled to Tibet for supplies and trade and the area was administered by the monasteries in Tibet or by the Tibetan kings. The head lama of Tawang monastery was appointed by the Tasilumpho gompa, Shigatse, in Tibet and the sixth Dalai Lama, who was born at Tawang, travelled from here to Lhasa .

Nain Singh
Though Monpas and Tibetans traveled across the passes from earliest years, the first known detailed account of the Tawang region and its mountains was brought by Pundit Nain Sigh. He was working incognito for Survey of India and had traveled from Leh to Lhasa in 1874 -75. He was surveying the area and taking notes for the British. His intention was to proceed to Peking, but fearing detection he changed plans and turned south. Crossing Brahmaputra at Chetang in Tibet, he crossed over to Tawang Tract via the Karkang pass and reached Tawang on 24th December 1875. Local traders wanted to monopolize trade with Tibet and generally did not allow people arriving from across the border to proceed to the Assam plains. Nain Singh was forced to stay at Tawang till 17th February 1876, but during his stay he continued the survey work around the Tawang Tract. Only after depositing all his goods in Tawang he was allowed to proceed and reached Udalguri in the British territory of Assam on 1st March 1876, completing an exploration of 1405 miles (2250 km) between Leh-Lhasa-Tawang and Assam.
During the British rule in India closer relations were established with this area. Several surveyors and British officers traveled here. Taking advantage of this, the British ultimately established their administration and rule over the Tawang tract as well as the entire North East Frontier Agency, NEFA, (as Arunachal Pradesh was earlier known). In 1913, in a conference at Shimla where Indians, Tibetans and Chinese participated, what is now known as the ‘McMahon Line’ was drawn on maps under Sir Henry McMahon, demarcating the boundaries between NEFA and Tibet. This line was not recognized by the Chinese though Indians and Tibetans signed it in presence of the Chinese officials. This became a bone of contention and led to conflict later.

Bailey and Morshead
To draw the line on the map government required details of this area. Lt Col. F. M. Bailey and Capt. H. T. Morshead, two British officers were deputed by the Government to survey the Tibet-NEFA border. The route from the south was bounded by thick forest and hostile tribes and hence it was difficult to approach from the British territories. These officers crossed the Yongyapp pass east of the Tsangpo gorge and traveled from village to village through some very forbidding country in Tibet, along the Tsangpo (Brahamaputra) to Chayul and Tsona Dzong. From here they turned south to cross Tulung la Pass into what is now Indian territory. They traveled southwards via Mago, Lap, Pota, Poshing la to Thembang. Descending to Dirang Dzong they again turned north across Sela to Tawang. Finally they crossed westwards into Bhutan to reach the Indian plains. During this long great journey they undertook a detailed survey of the terrain and H. T. Morshead, who was a qualified surveyor, climbed several points, erected cairns and took large number of readings. This became the basis for Sir Henry McMahon, Defense Secretary, to draw the famous border line known after him, the ‘McMahon Line’.  Their route was called the ‘Bailey Trail’.

Kingdon-Ward
Around same time (1909-1922) F. Kingdon-Ward, a noted British botanist and naturalist, undertook several journeys for surveys of flora of Burma and Assam. He traversed areas north of Arunachal Pradesh into Tibet and entered the Indian territories from Bum la Pass surveying the forest wealth of the areas near Tawang, Tenga and south till the foothills. His was a pioneering work in this field. His books and articles about the Tsangpo gorge, explorations in the Irrawaddy basin and others are the best source of references on the natural wealth in the eastern Himalaya.

The first mountaineer to arrive in the Arunachal Pradesh was H. W. Tilman in 1938. He wanted to remain, what he called, ‘nearer to civilization’, and around if called by the British army to serve in World War II. Accompanied by four Sherpas, Tilman walked from Tipi to Bomdila through thick forest and humid weather of April 1938. Quite possibly it was in these forests that the Sherpas and he himself contracted malaria. He crossed Bomdila and reaching Thembang followed the Bailey trail. From Poshing la, he could not get any views. He went ahead via Pota and Tsela to Lap where he made a small base camp.  During the journey,  one of his Sherpa died of malaria.  Tilman himself suffered severely from regular bouts of malarial fever. He and the remaining Sherpas forced themselves back across Poshing la which was at that time snow-bound. From Thembang they were carried on horses and helped by the British Government to reach civilization. They barely survived.

I’ve always had a desire to travel India. So when Gordon announced an exploratory trip with trekking, I made the decision to participate. From beginning to end it was a dream come true. The sights, sounds, people, food, and majestic landscape were truly an incredible experience. Well supported with Robin Pendery and well narrated by Gordon. […] 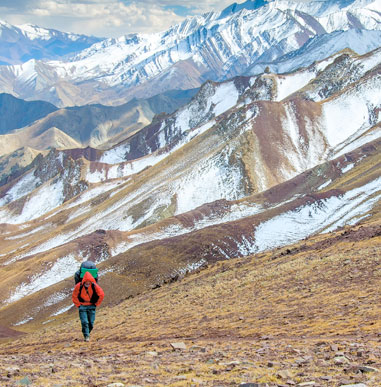