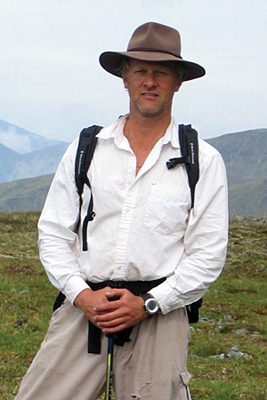 Director and founder of Alpine Ascents International, Todd has achieved unparalleled success as a business leader and in the mountain guiding industry; as one of the world’s leading mountaineers. Todd spent most of his childhood in Alaska where his prowess and love for mountaineering was developed. In his twenty years of guiding, he has led 8 expeditions to Mt. Everest, and has guided successful expeditions on every continent including all of the Seven Summits numerous times. In addition to being a long time instructor Todd has lead expeditions worldwide including climbs in Mongolia, Alaska and on Rainier, including a number of first ascents in the arctic region of Greenland. Todd joins many of our expeditions in a support role, overseeing logistics, climber development and ensuring a good time is had by all. He currently lives in Alaska where he is raising yaks, fishing, flying and forever climbing great peaks around the world.  In 1998 Todd was awarded the American Alpine Club’s prestigious David J. Sowles award for his rescue efforts on Mt. Everest in 1996. Todd also takes an active role in developing environmental policies for mountaineering, setting standards for the mountain guiding industry, working with the National Park Service and overseeing the Alpine Ascents Sherpa Education Fund.