Climb Rainier as part of a Course! Consider our 8 Day, 9 Day, and 10 Day programs.

I had an unbelievable time. I always felt safe and the guides instilled confidence in everyone. They were amazing. I would have climbed any route on the mountain with them. AAI ensuring they hire and retain guides like these is exactly why I stick with you for all climbs.

This was by far the best experience I have had during any climb. I just love the culture that has been created at AAI. I am always treated respectfully and with true interest. I just loved the experience. It is one of the high points of my life….still makes me cry from sheer joy.

The Alpine Ascents four-day climb of the Emmons Glacier on Mount Rainier, originally named “təqʷuʔməʔ” (Taquoma), is great for climbers with prior experience on glaciers (and those who have completed self-arrest training) who want a more relaxed climbing schedule that allows for an additional night to enjoy the mountain. The Emmons summit climb is more difficult than our Muir climb – this route is far less traveled and involves more overall elevation gain as well as mileage.

This instructional course/summit climb travels as a fully contained climbing expedition (four guides and eight climbers). Each person carries his/her own climbing kit, as well as some of the group’s camping and cooking equipment. This means that our pack weight is also significantly heavier (65 lbs.) than climber’s packs on the Muir route (40 lbs.).

One element of this route that distinguishes it from our Muir climb (and our Kautz climb) is that the average slope angle is not as steep as the upper slopes of the other routes. Climbers will also cross less rock on this route, making for an overall easier technical climb. We will ascend the glaciated slopes roped up in teams of three: two climbers and one guide per rope. Commonly, past climbers have remarked that they really enjoyed being able to spend the night at High Camp after a long summit day. One of our most well-liked Rainier programs, the Emmons climb allows you to encounter fewer people, achieve more vertical gain, and travel farther on the largest glacier in the contiguous United States than you would in our other Rainier climbing programs.

Climbing Skill Level
This route is for those climbers who have successfully completed our Mount Baker 3 Day climb, Mount Rainier 3 Day climb, or equivalent. This four-day trip is extremely rigorous, and being in excellent physical condition is mandatory. One day of skills review is included in the climb. Please note, the guide retains the right, at any point, to determine whether a climber is sufficiently fit to continue the climb.

Please note: There is a mandatory gear check the day before your climb at our Seattle office.

This route is for those climbers who have successfully completed our Mount Baker 3 Day climb, Mount Rainier 3 Day climb, or equivalent.  Those without prior glaciated climbing experience can fulfill the climb prerequisite by taking our 1-Day Mountaineering Fundamentals Course. One day of skills review is included in the climb.

Climbers must be able to carry an average of 60-lbs. or more.

This four-day trip is extremely rigorous, and being in excellent physical condition is mandatory. Please note that the guide retains the right, at any point, to determine whether a climber is sufficiently fit to continue the climb. 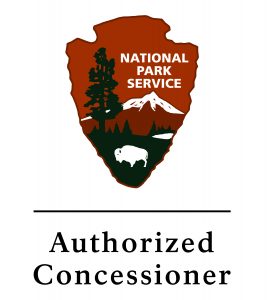 We acknowledge we gather upon the ancestral lands of the Muckleshoot, Puyallup, and Nisqually Tribes. These communities have lived on and stewarded the lands surrounding təqʷubəʔ (tah-ko-bah) since time immemorial, and continue to do so today. We recognize that this land acknowledgement is one small step toward true ally ship and we commit to uplifting the voices, experiences, and histories of the Indigenous people of this land and beyond.

For the last century, the highest volcano looming over the PNW has been known widely as Mount Rainier. This name, coined by a European explorer, holds minimal significance to the rich history of the land and culture existing in this space since time immemorial. Although it has grown to hold meaning today, the aim of the history presented here is to educate about the local Native American history on and around Tahoma (Mount Rainier).

Tahoma, just one of the many names for the highest volcano in Washington state, means Mother of the Waters. Native American stories tell of a time when the mountain we know today as Tahoma lived in the Olympic mountain range. The range became too crowded, so Tahoma decided to move out and into less populated lands. She told her son- “Taquotma” Translation: Don’t forget the water. Her son brought the waters out East with them, which is why Tahoma- The Mother of Waters- serves as the headwaters for many rivers in the area.

Within the last century, archeological studies have found evidence of Native American tribe activity dating back thousands of years. Archeologists predict Native American communities lived in the plains surrounding Tahoma as early as 15,000 to 10,000 years ago. Since then, when glaciers began to melt, communities moved higher up the mountain as flora and fauna began to thrive within the area. More recent archeological studies have found remnants of tribe’s rock shelters and foraging materials such as food, tools, and fire pits dating back 1,200 years. For more information on the archeological history of Tahoma visit the NPS Mount Rainier Website.

Since time immemorial, native tribes of Washington have inhabited the land on and around Tahoma. The Cowlitz, Muckleshoot, Nisqually, Puyallup, Squaxin Island, Yakama, and Coast Salish tribes are those that call parts of Tahoma home today. There are many different names for the mountain, Tahoma being one well known throughout the region. Tribes coexisted upon the land for centuries. Within the last 200 years, European colonizers arrived and began commandeering the land. In 1854 The Treaties of Point Elliott and Medicine Creek were instituted, allocating small plots of land for tribes to live upon and continue their traditional practices. Throughout the early 1900’s, tribes watched their ancestral lands quickly diminish even further – often left with just a few acres to call home. Settlers continued to seize their homelands. Throughout the early 2000’s, tribes such as the Muckleshoot and Puyallup began reclaiming their homelands, slowly buying back the land that had been sold to non-Indians throughout the early 1900’s.

For further education on the indigenous communities that live in the Tahoma area, visit their respective websites for specific tribal histories. We also have provided Native history books on our reading list:

Selected Climbs in the Cascades

Mountaineering: Freedom of the Hills

Tahoma and it's People: A Natural History of Mount Rainier National Park

Where the Waters Begin: The Traditional Nisqually Indian History of Mount Rainier

Is it Mount Tacoma, or Rainier?

I very much enjoyed the expedition. Every day on Rainier was filled with all the excitement the environment had to offer us, yet the guides made sure that we were comfortably within the margins of safety. Excellent leadership by the guides, a beautiful and sufficiently challenging climb. 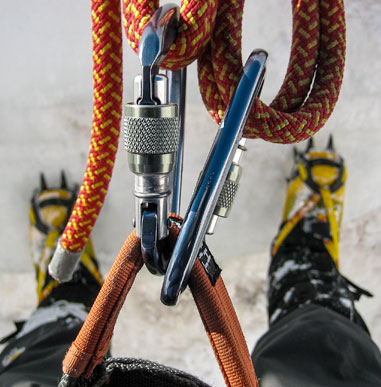