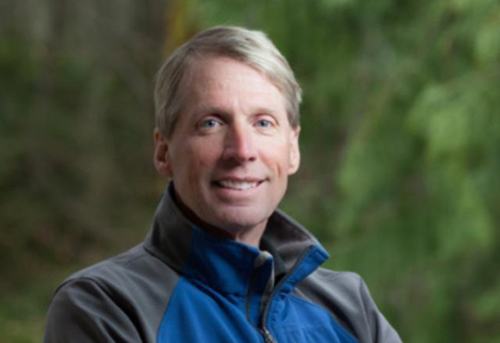 Craig currently has over 400 summits of Mount Rainier by 19 different routes and still holds several records and first ascents. As a teenager Craig made his first trip to the Himalayas and has climbed all Seven Summits including Mount Everest. In 1989 Craig summited the world’s third highest mountain, Kangchenjunga (28,169 ft.) as part of the first successful American expedition, without using supplemental oxygen. He is fluent in Spanish and proficient in Nepali. In Latin America he has guided many expeditions in Bolivia, Ecuador, Argentina and Mexico. In 2013 Craig completed his 20th successful summit of Aconcagua and 53rd summit of Pico de Orizaba (more than any other American guide). As a year round guide in the summer months he enjoys guiding in the Pacific Northwest including his favorite mountain, Mount Shuksan, in the North Cascades and spending time with his two active teenagers.

What was your first mountain? When did you climb it? Who were you with?
Mount St. Helens, 1975 with my Dad & my Brother Jeff

What’s always in your snack bag?
A Big bag of Cascade potato Chips or Pringles

When you’re not guiding?
Dreaming of swimming or surfing in the warm ocean