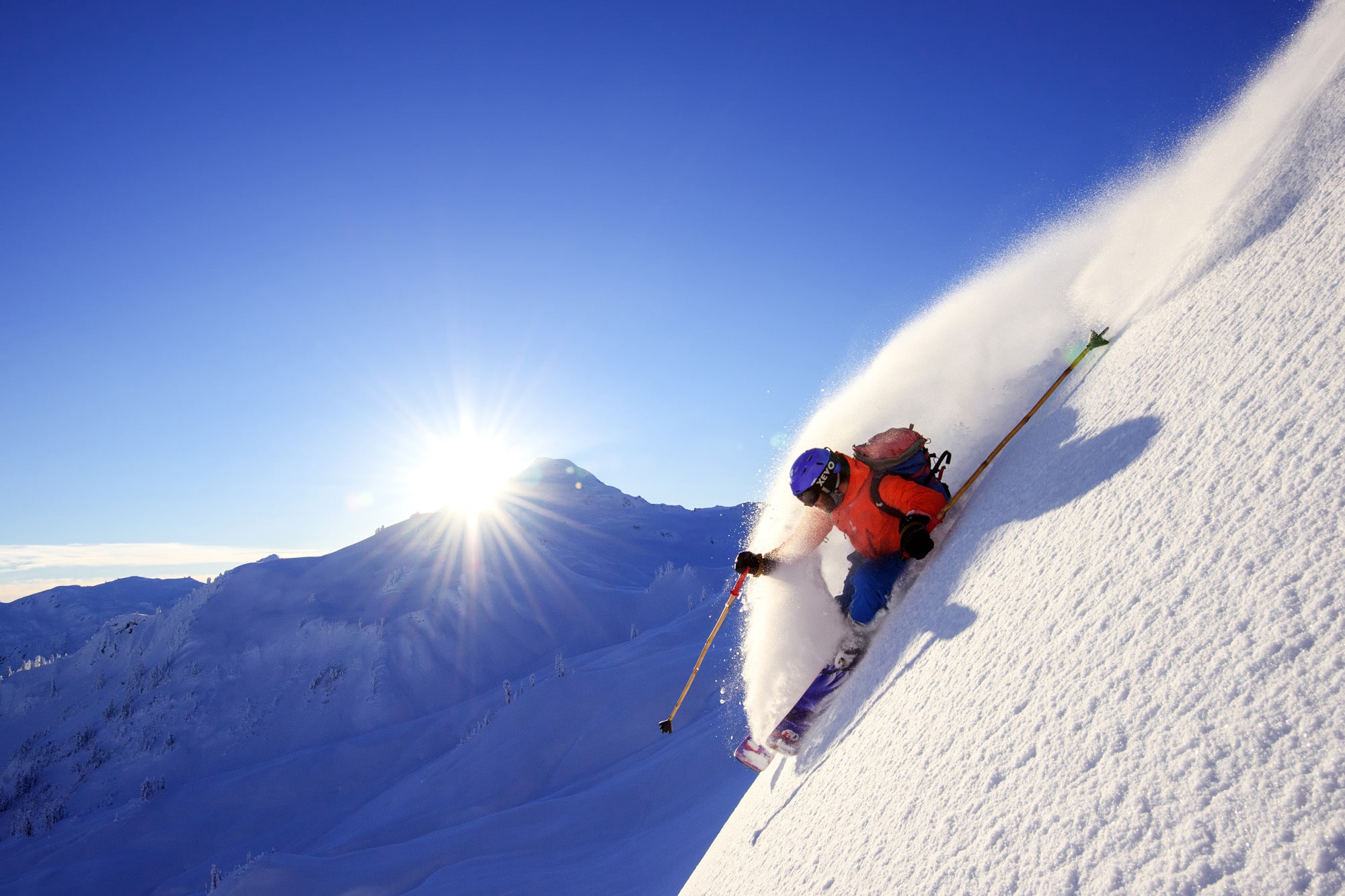 It’s been snowing for the past week on and off, making the skiing and riding amazing. Today is the best day of the season, and now you’re making the third turn down your favorite backcountry ski run. As you reach out to plant your pole in front of you, all of a sudden you notice the snow crack and break just above you. This movement isn’t the normal sluff or loose snow avalanche you’ve seen before. Massive amounts of snow are starting to move around you and push you down. Your instincts instantaneously heighten and over the next half second the thought comes up, “Am I going to get buried in an avalanche?”

Unfortunately, this scenario is all too common. There’s no question avalanche education is the best way to prevent the scenario above. However, accidents do happen in the backcountry and at ski resorts every year, around the world. Technology and advancements in equipment has changed over years, though. Balloon backpacks, also known as airbags, are a major technical advancement in the avalanche and snow sports world. These high-tech packs inflate with an easy downward pull of the trigger. The idea is that larger objects rise to surface, e.g. greater surface-to-weight ratio). Airbag packs have been around for about 15 years in the European Alps. In the past couple years they’ve been growing in popularity here in North America.

The big question is, “Should I buy an airbag pack?”

First, we need to look at statistics of airbags related to survival rates in actual avalanches. There’s a lot information out there, and as a consumer it can be a bit over whelming. According to Pascal Hageli, a leading avalanche researcher, there’s a misleading advertisement with airbag companies when they state 97 percent chance of survival. We, as consumers, have to remember that statistics can be adjusted to look a certain way, similar to “your cell phone carrier will never drop a call.”

When looking at the effectiveness of airbags, we need to remember that for roughly 80 percent of all people involved or caught in an avalanche, an airbag would not actually have made a significant difference. This group of people would have been able to escape from the avalanche because it was a small avalanche and they were able to ride off the debris and/or grab a tree.  There’s also a small percentage of people who just get lucky. That leads us to conclude that in 20 percent of avalanche involvements, an airbag would have made direct impact. Out of that 20 percent, we have to remember that in a quarter of all involvements that are of a sizeable avalanche, individuals end up suffering major trauma, and another quarter of people will be buried in a terrain trap or a secondary avalanche, so an airbag would not have helped these individual out. Wow—now I’m just confused with all these statistics.

What does this all mean? Airbags save lives, and there are legitimate stories to prove it. Just not at that supposed 97 percent level.

According to Bruce Temper of the Utah Avalanche Center,  “My best guess is that avalanche airbag packs will probably save a little more than half of those who would otherwise have died in an avalanche. They will never save all of them because one out of four will likely die from the trauma of hitting trees and rocks on the way down, and an additional one out of four will probably end up in a terrain trap—deep burial—buried by a secondary avalanche.”

In addition to statistics, we have to look at the simple pros and cons for buying airbags. For each one of us, there are different advantages and disadvantages for making this purchase. They’re expensive, heavy, require practice, and can be difficult to fly with on airplanes. On the other hand, when deployed and used in non-high consequence terrain, they can increase your chance of survival. This added increase could make a big difference, as we all make mistakes from time to time in judging snow pack stability. However, we do have to remember that with each new toy we buy, it increases our “risk homeostasis,” or the idea that, “I’m safer because I have this new high tech gadget.”

Personally, I ski with an airbag. And to help keep myself in line, I have a little ‘gut’ check and ask myself, “ Would I ski this slope without my airbag?” and, “Would I ski or ride this slope with my avalanche beacon turned off?” I also need to remember, in high consequence terrain, my airbag will not prevent trauma.

It’s important to digest all of this new information with our own tolerance for risk. Remember, avalanche education is money better spent then on a fancy new toy!

Have a great winter, ski/ride some unbelievable powder, and be safe!