Hello everyone. Thank you to all the families and friends who supported your people on this trip to the top of Africa.

Team Too Grit to Quit was up at 5am this morning and on the trail before 7am to make the final 8.4 mile decent to the Mweka Gate. We were greeted at the gate with all 46 of our support staff singing and dancing.

We reunited with Candy and Peter at the hotel with hugs before a quick shower and baggage shuffle. We had dinner out which included but was certainly not limited to fire pizza and prawn fajitas. After feeding the machine (as we say it) we headed back to the hotel to sign climbing certificates and head to bed after the long day.

Tomorrow morning Team Too Grit will part ways. It was an unforgettable trip. We will all fly home with a bit more character after 7 days together on Kili.

Teammate, Michael Method, read a fitting quote by Teddy Roosevelt to the group on the evening of day 4.

It is not the critic who counts; not the man who points out how the strong man stumbles, or where the doer of deeds could have done better. The credit belongs to the man who is actually in the arena, whose face is marred by dust and sweat and blood; who strived valiantly; who errs, who comes again and again, because there is no effort without error and shortcoming; but who does actually strive to do the deeds; who knows great enthusiasms, the great devotions; who spends himself in a worthy cause; who at the best knows in the end the triumph of high achievement, and who at the worst, if he fails, at least fails while daring greatly. 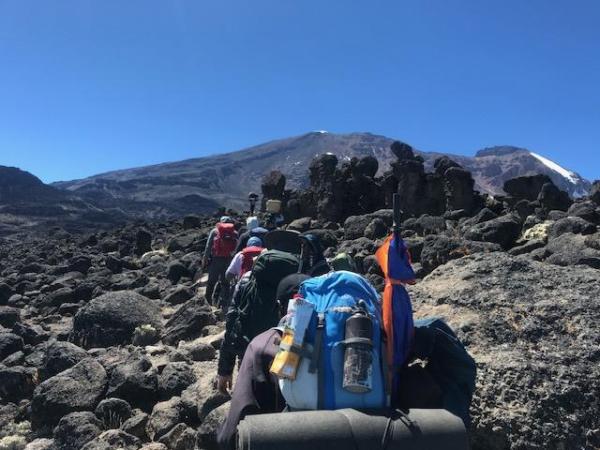 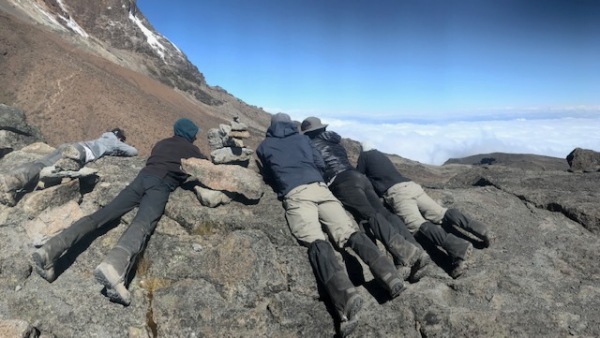 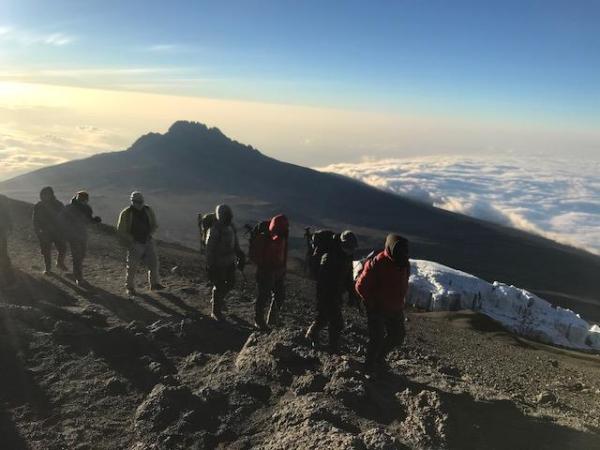